We’ve lost nearly 20% of all native land-based species since 1900.  More than 1 million species of plants and animals are at risk of extinction. 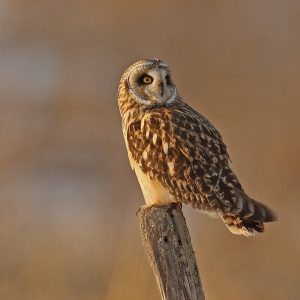 Biodiversity decreases the risk of infectious disease in plants, animals and humans.  For example, a group of scientists studying Lyme disease found that animals with high reproductive rates, such as mice, thrive in less diverse ecosystems.  Mice carry ticks that spread Lyme and other “tick-borne” diseases such as babesiosis and ehrlichiosis.

Diseases that jump to humans from other vertebrate animals – such as COVID-19 appear more frequently as the variety of wildlife species decreases.  Half the diseases that have jumped from vertebrates to humans likely resulted from land use changes that reduce biodiversity, such as housing developments and large-scale agriculture. 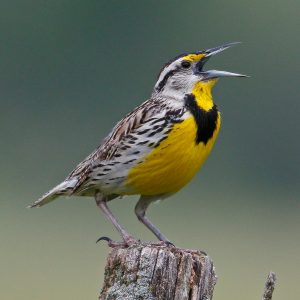 We’ve lost more than 3 billion birds lost in North America over the last 50 years.  Grassland birds suffered the steepest declines, losing 53% of their population, or 700 million birds!  Scientists estimate that extinction rates over the next 50 years will occur at 10 to 100 times the current extinction rate.

Grasslands support a much wider diversity of species than other types of land use.  For example, the Washington County Grasslands Important Bird Area (IBA) supports ten of eleven of NY’s most imperiled grassland bird species, including state-endangered Short-eared owls.  The area also provides important habitat for more than 100 other bird and animal species, including thousands of pollinators!

Grassland birds eat pests that damage crops and spread diseases.  They share their habitat with bees, butterflies and other pollinators.  Yet they are in danger of disappearing from New York State and the Northeast U.S! 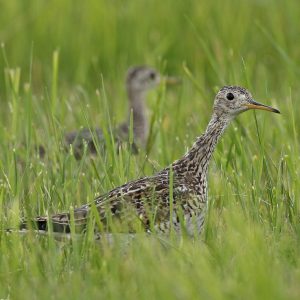 We are just beginning to understand the economic impact of biodiversity.  Assume for a moment that the world continues on a “business as usual” basis, meaning we continue to increase fossil fuel use,  cut down the tropics, eat unhealthy diets and waste 40% of our food.  According to an international study issued in January 2020, those habits will cost us about $9.87 trillion in global GDP by 2050.

If, on the other hand, countries coordinated efforts to slow down climate change while conserving areas important for biodiversity, we’d see a $.23 trillion gain in global GDP.   That’s a difference of over $10 trillion!

To give a more local example, New York City spent more than $1.7 billion to protect the 2,000 square mile watershed that supplies drinking water to almost half of New York State’s population.  The biodiversity in that watershed protects one of the largest unfiltered water supplies in the world.  This investment saved New York State the $10 billion it would have cost to build a big enough filtration plant to do the same job – and that plant would have cost about $1 million per day to operate.

These are just a few examples of why it’s so important to preserve biodiversity.  Click below to learn more: